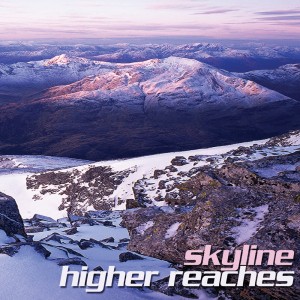 SKYLINE were formed in 1999 by Jeremy Thoms and Andy Walker from the ashes of NEW LEAF, the Scottish band which, over the course of three albums, found some success in Japan on the Epic/Sony label in the mid to late 90s.

Both multi-instrumentalist singer-songwriters, Walker and Thoms swiftly wrote and recorded their debut album “Affairs Of The Heart” as a two-piece, taking their influences from the likes of Jimmy Webb, Bacharach & David, Brian Wilson, The Beatles, The Beach Boys and Prefab Sprout.

Releasing it on co-producer Paul Haig’s Rhythm Of Life label in 2001, favourable responses encouraged them to expand the line up and sound. Recruiting another ex-New Leaf member John Hall on bass/backing vocals and David Mack on drums and percussion, further writing, rehearsing and recording ensued, expanding on the palette of influences of their debut.
This resulted in the completion of their second album “Higher Reaches” which is due for release Summer 2007 on the Swedish label, Bendi Records.

The members of Skyline are also involved in various other projects – Jeremy and Dave in THE CATHODE RAY with Paul Haig and another ex-New Leaf member and former Bluebell/TV21 bassist, Neil Baldwin (see www.myspace.com/thecathoderay).
Jeremy has just put out a solo album on Bendi Records called “Everything Comes Around” (see www.myspace.com/jeremythoms) .