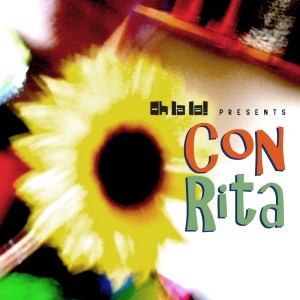 “When we first asked Rita if she would like to sing some of our songs there was already some stuff written. The collaboration with Rita worked out fine and we soon came to realise that her voice needed that special surrounding: an intimate, laid back, soft and cool sound. And the new songs we wrote for her became increasingly so. Some of these songs is presented on this cd called Con Rita, a cd that starts with one of the first songs she sang with us, and ends in a real slow and smooth rainy day feeling.”