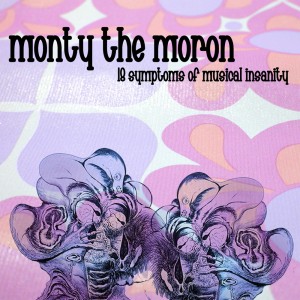 Home Made Weirdness is Best!

“If a fool persists in his folly he may become wise”, William Blake once said. Those pieces of musical folly represent the years of messing about with noises and styles of music forming an apprenticeship that finally led to my becoming keyboard player with The Damned. My musical mentor was my uncle Damien Dunnington who hosted a pirate radio show: Radio Ginger in Cambridge in the late 1960’s. He initiated me into “the Now Sound” of psychedelia and exposed me to echo effects, cosmic lights and home made fireworks at an early age.
I think I was about 12 years old when he helped me make a track called “Black Mass” supposedly by a fictitious band called The Pink Devils. It was recorded on a tiny cheap battery powered reel to reel tape recorded and sadly no longer exists. However, track 8, “Tenner the Ten”, finds me just a couple of years later mucking around with slightly more sophisticated machines with my friend Henry Jaremko. While most boys our age were playing football, we were making silly noises, having much more fun I reckon! Our collective name: Moon Orchid, after a type of incense.
Later I began to write kind of songs; one of the first being “Asylum Boogie”. My uncle had some pretty good recording equipment by then in various digs, the last being in South Croydon, until 1985 when he moved to the states leaving the stuff with Henry and his drum kit with me. (This finally fell to bits during a Dr. Spacetoad gig in Brighton and, oh yes, I seem to remember finishing it off!) Most of the tracks here are from that period, 1979-1985, with Damien on drums and sound engineering. Many of these were released on the underground cassette label Acid Tapes in the UK and Enjoy Entertainment in Sweden.
Recording was pretty spontaneous: I had little time and lots of silly ideas to get down so almost everything was done in one take. Mistakes and aesthetic misjudgements thus remain! I think the music is characteristically unselfconscious, naïve and relentlessly enthusiastic compared with today’s overly serious commercially minded and creatively restrained stuff. The music scene today suffers from severe constipation… We had the runs for sure!”

(for more of this stuff, see “Journey into Monty’s Brain” on www.officialdamned.com)